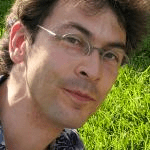 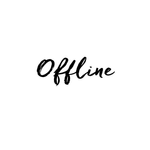 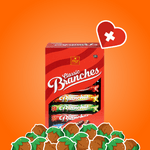 Gastvor 10 Jahren
I've written once before about the poor quality of the new Chop Stick ginger, but received no response. And no doubt I am wasting my time again. I saw that some other people said the same thing and a response by Migros that they had tested it themselves and found that the Chop Stick ginger was of similar quality to that of the excellent Buderim ginger that Migros had in their assortment previously. Please... This is about as convincing as the beauty of The World's Greatest Timepiece. There is no question that the Chop Stick ginger is of inferior quality and looks totally disgusting. I would never buy the Chop Stick brand candied ginger. I am a fan of Migros and it makes me rather sad that I must buy my candied ginger at COOP, who have the good sense to carry the Buderim brand.
Melden
0 Likes
Antworten
Melden

I will pass your description to the product manager.

As Istanbul pointed out, I tried in my earler post to describe what I don't like about the Chop Stick ginger from China. For one who is not a fan of really good ginger, it is perhaps difficult to explain. Of course, the Chop Stick brand tastes like ginger. But it doesn't have the delicate, nuanced flavor of the Australian ginger. The texture is also more stringy (probably older root used and/or short-cuts made to save time in the processing) and it is overloaded with large unsavory-looking brownish sugar crystals. Another aspect not to be underestimated is, of course, the things one hears in the press about the unappetizing ingredients that are sometimes found in Chinese products. In short, I can't imagine that anybody who truly loves good quality candied ginger would buy the Chop Stick brand. A good analogy to help put it into perspective is to compare Swiss chocolate to American chocolate – even though they may use the same source of cocoa and the latter is cheaper, people who love good chocolate want the best and will pay for it.

I know about the floods in Yandina and the increase in prices. But currently, a 125 g bag of delicious, high quality Buderim candied ginger costs CHF4.30 at COOP. I believe that is is only 40 Rappen more than the price of the inferior Chop Stick candied ginger now being sold at Migros. I think it was a poor decision to switch. But I think saying on the forum that you did an internal test and came to the conclusion that the Chop Stick ginger was as good or even better than the Buderim ginger is even worse, as it just sounds condescending and customers have come to expect better than that from Migros.